What if George Washington was a cannibal? This is the premise of a Masters of Horror episode and it’s the type of “What if?” scenario we would like you to write about in our Twisted History competition.

This one is all about alternate history, a genre that has mostly been unexplored in horror. “The Man in the High Castle” might be the seminal alternate history novel of our times but the story that, to me, first showcased the genre’s immense potential for horror was Isaac Asimov’s “The End of Eternity”. The clue to solving a mystery there was an image of a mushroom cloud in a newspaper advert. In 1932. Long before anyone had any right to know what that was.

These “What if?” scenarios can be truly chilling. So go ahead and give us your take on horrifying sliding door moments in history and on what could have been.

Speaking of which, does anyone else think that we’ve been in the wrong timeline since 2016?

Horror Scribes mug and publication on our blog.

Urban legends are essentially Chinese whispers that have taken a dark turn. They’re stories we’ve heard from a mate who’s heard them from a mate who definitely found that hook dangling from his car. They’re tales that endure because the public psyche is ridiculously porous, and even stories that have a clear origin (creepypasta 2009…) have somehow permeated as enduring myth (…Slender Man).

We’d like you to revisit, in 300 words or less, urban legends with your own twisted take on them.

The winner will be awarded £50 (paid via PayPal)

For the months of April, May and June and for the first time ever, we are running an open theme flash fiction competition! Anything goes as long as it’s horror, no more than 300 words long and in English! Let your imagination do its worst!

Coffins, lifts, cars, under the floorboards and even in our own heads. The thought of being trapped in a confined space terrifies the many and hasn’t been used, in our opinion, as much as it could be in horror writing. We want you to write 300 words using this theme as your inspiration: set the scene, where ever that might be, but make us feel like we’re there with you and the associated abject terror that comes with being in an inescapable situation.

We’ve picked our shortlist of the best submissions for our Christmas Folklore competition and you’re in for a treat. We’ve had an incredible spread of the weirdest myths from around the world, from the tradition’s pagan beginnings to the more modern demonic sleighs. I personally think that the true horror around this time of year is a result of our endemic guilt in the throes of hedonism. But this might be the mulled wine talking.

We will be posting one shortlisted story every day starting on Christmas day. The overall winner will be published on the 5th of January.

So join us on the 25th of December for Day 1 of our very own 12 days of Christmas.

Christmas is often associated with good will, magical elves, beautiful gifts and merriment. But we don’t want to read about any of that happy stuff.  We want the weird, spooky and unconventional side of Christmas.  Entertain us with up to 300 words using Christmas Folklore as your inspiration.   Twist the original or invent a whole new legend.  Send us your tales of witches, half-goat/half-demons, trolls, goblins and so on.

The overall winner will be announced on the last day of Christmas (5th January) and their story (space allowing) will be printed on a specially designed mug and accompanied with an original piece of artwork, designed by our resident artist.

Déjà vu. The overbearing, irrational certainty that this has happened before.

We would like you to tackle what remarkably few bona fide horror writers have attempted as a central theme. We’re looking for 300 word stories around the theme of déjà vu.

The winner will be awarded £10 (paid via PayPal)

We want you to show us why there’s nothing irrational about them by doing to our readers what Pennywise does to Coulrophobics.

Send us, in 300 words or less, the most horrifying story you can think of involving one or more of these phobias.

Athazagoraphobia      – fear of being forgotten

The winner will be awarded £50 (paid via PayPal)

Early bird fee: £1 for one submission, or £2 for multiple entries.

The Light of the Fair by Martin Sturrock

Congratulations also to Sherry Morris who was a very close runner up with her interpretation of the same phobia.

Slaughtering pigs for their blood for a prank on prom night is hilarious until the wheels of karmic justice turn. As do the wheels of your car…

We would like to celebrate April first’s tradition of practical jokes and pranks here at Horror Scribes with our April’s Ghoul competition. Send us your 300-500 word story by 25th March 2017 and we will, with the help of a guest judge, award a very special prize to the most horrifying one.

Our winner will feature on the very first Horror Scribes Anthology Magazine which will be on sale this year. Watch this space for more information!

In the meantime,  let’s all hail the April Ghouls.

Buried in Sunlight by Caleb Baeten

An understandable unkindness leads to a dire outcome.  I found this story satisfying because it is no one person’s fault, yet you can imagine how bad everyone involved will feel in the years to come. I also liked the character’s name and birth date corresponding and contributing to the situation.

Read Caleb’s winning story in our forthcoming Horror Scribes anthology, due out later this year.  In the meantime, here is a snippet of the story: 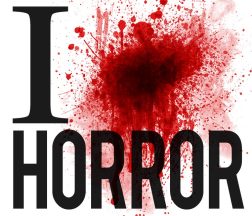 S/he loves me not…

Winner bags £10 and publication on site.

I thoroughly enjoyed all of the shortlisted stories, but the one that stuck with me, and gave me actual bodily creeps has to be Two Hearts.  A story about being ‘Crazy in Love’ like I don’t think Beyoncé ever meant, this managed to pack a lot of plot into some very tight writing, and still furnish the tale with loads of telling details about our deranged protagonist. It stops right at the point where I want to know more about what’s happened, but also can’t stand to watch what happens next. Good job.

For the festive period we ask that you send us your most horrific piece of flash fiction.  We want you to have fun with this so are not limiting writers to our usual 300 words.

The prize: a choice from two horror mug designs PLUS publication on the blog.

The deadline: midnight on 10th December 2016

Guest Judge: David J. Wing of Zero FlashZeroflash.org is a creative writing, flash fiction competition. Created to encourage writers to grow the flash fiction world. We offer a £10 prize and a unique illustration from our in-house artist for the winner. Entries are limited to 300 words. We also have a separate section to the monthly themed competition.

An Unknown and Compelling Force by Jade Mitchell

An unknown and compelling force was a wonderful read. The atmosphere, the chill in the air, the train journey and the fear. All of it made me want to read more…why isn’t there more?! I want the back story, I want the answers!  Brilliant storytelling…write more, please. Just for me.

We at Horror Scribes love flash fiction as much as we love horror.  So we want to take the mundane and get YOU to turn it into something horrific, twisted or just plain weird.

We want writers to take inspiration and interpret the following famous nursery rhyme.

Monday’s child is fair of face,

Tuesday’s child is full of grace,

Wednesday’s child is full of woe,

Thursday’s child has far to go,

Saturday’s child is loving and giving,

But the child who is born on the Sabbath day

Is fair and wise and good in every way.

Remember: it has to be horror and must reflect the theme of the day you are writing about according to the nursery rhyme, whether it’s expressed, implied or installed into the reader’s mind.

*You can enter as many stories as you want for £1!

**Due to the number of high quality submissions we have received so far, we have decided to offer a monetary prize of £15 to the best story overall chosen from the final seven.**

The seven winners will also have their stories printed onto a quality postcard and will receive 1 FREE copy to use as they wish. As we are a not-for-profit site, all the entry money will go towards producing the postcards.  And of course we will rave and rant about the winners on social media too!

The last date of submission will be midnight on Saturday 17th September 2016.

Congratulations to all of our winners!  We had some great entries in and it was a challenge to choose our favourite seven!  We hope that everyone enjoyed taking part.

The theme of our micro fiction competition is Dante’s Nine Circles of Hell. We want writers to submit their stories with their circle of choice in mind.  The word limit gets shorter as the circles become smaller.

The following are the circles and their respective word count limits. Writers should aim to get as close to the word limit as possible, but not over it. Remember; the story must in some way reflect the circle.

The nine winners will have their stories printed onto a quality postcard and will receive 2 FREE copies to use as they wish. We can’t offer any monetary payment but we will rave and rant about them on social media.  Further prints will be available at £2.69 per postcard inc. p&p so that if 2 aren’t enough, the winner won’t have to choose who gets a copy between their granny and their best friend.  We don’t want to upset anyone after all!

This is a FREE to enter competition.  The staff at Horror Scribes are running this competition and incurring all costs themselves, that’s how much we love the written word.  If you would like to order some Fright Cards please see below. We are a not for profit organisation and the prices are calculated to cover our costs.

The names below are the list from which we will choose our final nine winners.  Some authors have been shortlisted for more than one circle.

Well done to to everyone who submitted. We thoroughly enjoyed reading all of your stories.

Final nine will be announced on Friday 1st April-no joke 😀

Ephemeral tales of the surreal and macabre

Fiction and Other Lies

Published quarterly on the last day of January, March, June and September

Morgen 'with an E' Bailey

The Art and Craft of Blogging

The latest news on WordPress.com and the WordPress community.